This biographical film takes a fascinating look at the life of Neil Armstrong in the years leading up to his famous “small step for man” on the moon on July 20, 1969. The style of the film is what makes it so engaging as it’s presented in a manner that causes the viewer to easily fall into the story. One of the ways that this is done is through limited use of music, something that can often detract from the mood of a film. However, it should be noted that music was increasingly used during dramatic moments towards the film’s end, which this reviewer was disappointed by.

Extensive spoilers are below. 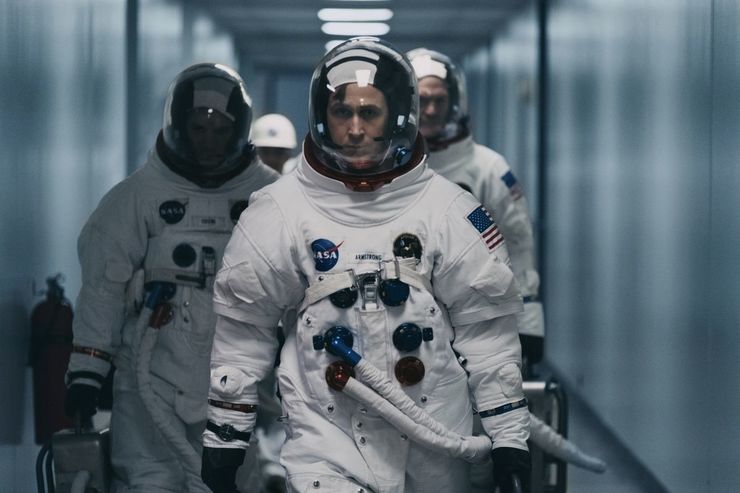 Although much of “First Man” is presented in a more relaxed, analytical style, those calmer moments only add to the tension during its more intense times. The first of these occurs right off that bat as Armstrong, played by Ryan Gosling, experiences difficulty riding an X-15, a hypersonic rocket-powered aircraft that had recently been invented. Specifically, he bounces off of the atmosphere before getting through it. However, it’s more how this scene is presented – its incredible amount of tension – that makes it such a memorable opening. 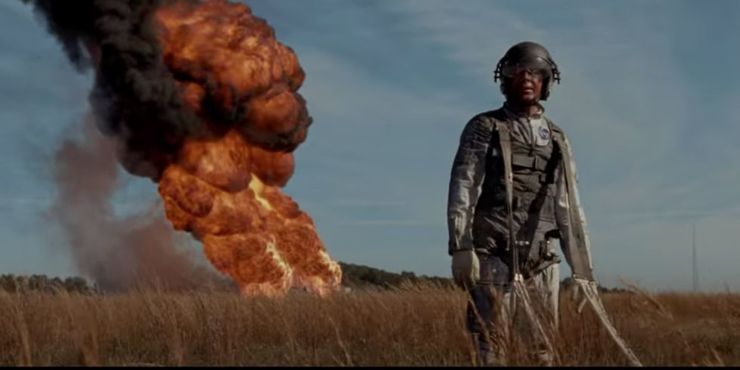 It turns out that he might have been distracted by the poor health of his 2-year-old daughter and that this wasn’t the only recent time that he had struggled while in the air. Unfortunately, she soon dies, which is what sparks Armstrong to apply for Project Gemini, NASA’s second human spaceflight program, as well as the agency’s Astronaut Group 2.

More tension is added to the film shortly after his arrival in Houston when it is stressed that the Soviet Union is very much in the lead in the Space Race and that things need to be changed, looked at in a new light, for that to no longer be the case. However, that tension is also filled with hope that the Americans can win the Space Race in the end.

“First Man” then transitions into a more relaxing scene when Armstrong’s commandment of Gemini 8, which took place in 1966, initially goes smoothly and results in celebration, both on the ship and on the ground. But that calmness doesn’t last long as the ship suddenly starts spinning dangerously, and the mission is aborted.

A memorable scene late in the movie in which Armstrong speaks to his children about the fact that he might not return from the moon feels realistic, natural and not forced, helped by the fact that the Apollo 1 crew had been unexpectedly killed a couple of years earlier.

Then it was time for the dramatic liftoff of Apollo 11 towards the moon. Can you imagine what was going through Armstrong’s and Buzz Aldrin’s minds at this point, realizing that they were about to be the first two people to ever touch the moon? Those thoughts will likely go through yours as you see them get suited up and sent into the cockpit as dramatic music, one of the few times that music is used in this film, is played. 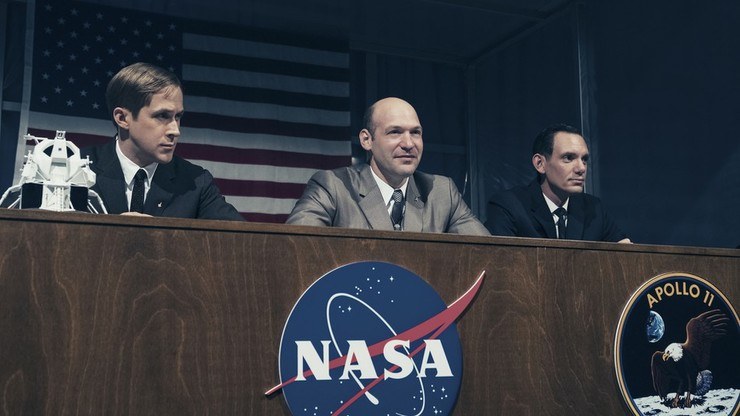 However, it should be pointed out that one of my few complaints of this film was the extensive use of music as Apollo 11 headed towards landfall on the moon. In my opinion, it really took away from the tension of that moment. When you watch it, imagine it without any accompanying music. Still, it was very dramatic as the moment that society had looked forward to for millions of years was finally being realized.

The film then did a great job of recreating the sense of calmness and awe that the astronauts felt once they landed and everything was peaceful as they gazed upon the moon’s surface before getting ready to deboard.

I do want to note that, although the use of music during some scenes was disappointing, the music that was used is impressive. And the acting throughout “First Man” is top-notch as it just feels natural throughout.

Biographical films usually don’t perform as well as this one has in the box office - on a budget of $59 million, it earned $94 million in about a month after its widespread release - but its successes are well deserved.

If movies about character studies or about outer space intrigue you at all, you need to see “First Man” as this film will impress fans of both types. All of the parts of this movie that deal with what’s beyond the earth’s atmosphere are well done and realistically portrayed while you will also really start to sympathize with each of the characters, not just Armstrong, while watching this 141-minute film. It should also be noted that, despite going well past two hours, it does not feel like it when watching this as it draws you into the story.